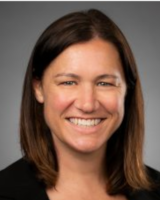 In 2010, Aimee became a founding partner of Andrus Wagstaff. Since that time, she has dedicated the entirety of her professional life fighting against pharmaceutical and medical device companies who harm her clients by continually putting profits before safety. The vast majority of Aimee’s litigation is done through national mass tort consolidations, usually multidistrict litigations (MDLs) or Judicial Council Coordinated Proceedings (JCCPs). In that regard, Aimee has been appointed by federal and state court Judges across the country to co-lead four national litigations by the age of 40, such litigations representing tens of thousands of injured claimants.

In 2015, Aimee made MDL history when the Honorable Judge Kathryn H. Vratil appointed her to serve as Co-Lead counsel of the first ever majority women MDL plantiffs’ steering committee (PSC) – MDL 2652: In Re: Ethicon, Inc., Power Morcellator Products Liability Litigation, situated in the United States District Court for the District of Kansas. The morcellator litigation involves women and their families all over the United States who have been diagnosed with devastating and permanent injuries, including leiomyosacroma (“LMS,” a deadly form of cancer), following the use of Ethicon’s power morcellator during a fibroid removal or hysterectomy surgery. That MDL was also historic for its pace of resolution, within a year.

Recent Success Stories
$18,500,000.00 BSC TVM Verdict: Boston Scientific gets slammed with huge verdict. AW Partner Aimee Wagstaff was an integral part of the trial team that represented 4 Plaintiffs who were injured after being implanted with Boston Scientific’s Obtryx product. After a month trial in the Southern District of West Virginia, the trial team secured a verdict of 18.5 Million dollars, including punitive damages after the jury found the Obtryx product was defective and Boston Scientific failed to warn the doctors. The trial was held before the Honorable Irene Berger.

4.6 Billion in Settlements and over 240 Million in TVM Verdicts: AW Partner Aimee Wagstaff serves on the 8 person Executive Committee overseeing all federal TVM litigation. To date, Defendants have pledged over 1.6 Billion dollars in resolution monies and juries across the land have awarded over $240,000,000.00 in verdicts to TVM Plaintiffs.

Andrus Wagstaff, PC is a national mass tort law firm that is proud to stand on the side of justice for injured people all across the United States. Over the course of more than forty years, we’ve earned a reputation for excellence and dependability, bolstered by a strong track record of success.

Our clients know they can count on us to fight for the maximum recovery in their cases. We are committed to holding negligent parties accountable for their carelessness. During life’s most difficult hours, we hope to serve as a hand for help and a shoulder for support.

Throughout the years, our efforts as mass tort litigators have led a number of national organizations to recognize our firm for its talents and success. These organizations represent some of the highest honors and finest associations in the legal field.