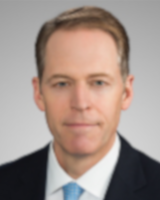 Eric Gambrell serves as the head of the firm’s fiduciary litigation practice and a leader for the complex litigation national practice. Gambrell is a courtroom lawyer with a national practice prosecuting and defending high-stakes breach-of-fiduciary-duty and fraud-related claims and other contractual disputes arising from failed business and personal relationships. Mr. Gambrell’s experience includes cases across the country from California (including Los Angeles, Orange County, San Diego and San Francisco) to Delaware and, among others, Louisiana, Michigan, Missouri, Montana, Nebraska and Texas in between. Mr. Gambrell focuses on disputes between founders and equity funds, limited partners and general partners, buyers and sellers of private companies, hedge funds and investors, trustees and beneficiaries, and high-wealth family disputes.

Mr. Gambrell represents businesses and high-net-worth individuals in breach of fiduciary duty, fraud litigation and commercial matters. Mr. Gambrell is a courtroom lawyer, regularly appearing for trials, hearings and depositions in both state and federal courts and at arbitration to represent clients in aggressively prosecuting their claims and defending their interests. While his practice intentionally includes varied areas of high-stakes commercial trial work, he focuses on fiduciary duty and fraud matters arising from failed business and family relationships, including in disputes involving transactions concerning founders and equity funds. Mr. Gambrell also presents seminars regarding fiduciary duties to boards of directors, including as part of the directors’ onboarding process.

Akin Gump has, in the span of a single generation, grown to become one of the world’s largest firms, with more than 900 lawyers practicing in an array of practices and industries in offices around the globe. This short film is a journey through the history of Akin Gump, featuring stories of those whose hard work, dedication and commitment helped transform the firm into the global presence it is today.

Akin Gump pursues excellence by anticipating client needs, by shaping the playing field, by innovating solutions. Our commitment to diversity is steadfast. We strive to create a culture of inclusiveness, where differences are seen as strengths, where varied perspectives are welcomed and where our workforce reflects the diversity in our world. Diversity is consistent with our goal to become a highly successful firm and essential to achieving that success.