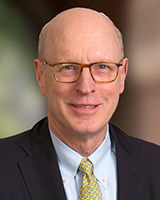 Frederick (“Rick”) Sudekum is the Senior Partner at Sudekum, Cassidy & Shulruff, Chtd.  For more than 30 years he has defended insurance companies and their insureds in a myriad of settings including lawsuit involving extra-contractual damages, coverage analysis, construction disputes  and fires and explosions.

Before founding the Firm in 1993, Mr. Sudekum was a partner at a major Chicago law firm where he analyzed and defended first-party insurance claims and third-party cases involving built-up medical specials and loss of income.

Mr. Sudekum has conducted hundreds of depositions and examinations under oath, provided countless coverage opinions and successfully tried numerous insurance fraud cases to verdict. He also regularly handles appeals resulting from cases the Firm resolves at trial. As a result of his vast experience, he is the recognized leader in Chicago in defending extra-contractual damages and construction disputes.

Rick also served as the editor for the second edition of the Indiana and Illinois “Annotations to the Homeowners’ Policy” published under the American Bar Association and was appointed by the attorney general of Illinois to write a section of the “Attorney General Arson Training and Prosecution Manual.”

The Firm specializes in the following: