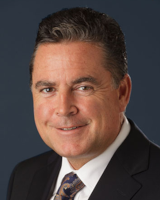 Mr. Fox started his career at Covington & Burling, followed by Kaye, Scholer, before forming his own litigation boutique, Fox & Spillane. It was at Fox & Spillane that Mr. Fox achieved and honed his trial skills during the firm’s twelve year history. He is a fierce advocate who brings a passion to each and every matter in order to drive a favorable resolution. His trial practice takes him to courts throughout the country.

Mr. Fox has represented both plaintiffs and defendants and brings to each matter on which he is retained a firm understanding of how “the other side is thinking.” He believes in mapping out a wide range of strategic options at the beginning of a case, fitting the case strategy within the client’s overall set of business goals and budgets, and then getting to a “leverage point” quickly, in order to position the case for a favorable close position for his client. It is his firm belief that preparation, sound judgment, and timely execution are the keys to bringing about a cost effective and winning result in a commercial litigation matter. He works on both an hourly and, when merited, a flat fee basis.

Gerard Fox built the Firm because he wanted a different kind of law firm for the new generation of businesses. He brought in lawyers from the top law schools in the country and from the top law firms nationally and internationally. He attracted attorneys who share in his vision that the practice of law requires not only hard work and persistence, but innovation, enthusiasm, and an unbridled commitment to excellence.

Gerard Fox Law was created to be a law firm for the new generation, one which departs from both the traditional mindset and traditional office atmosphere found in most firms. Gerard Fox began by hiring a board of advisers of CEOs and other business professionals who could offer insight on how a firm can efficiently and effectively meet the legal needs of its clients through a fresh and business-oriented perspective. The firm has studied leading industry companies and startups, and has internally implemented an office atmosphere modeled after those companies’ successes. The firm believes that investing into its attorneys’ personal wellbeing allows them to remain at the top of their practice and provide the best possible legal services to their clients.

Gerard Fox Law will provide you with exceptional legal advice, offered from a fresh, diverse, and business-oriented perspective, and the Firm’s lawyers will endeavor to get to know you and your business.