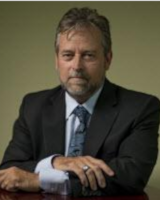 Peterson’s personal practice focuses on complex civil litigation with a strong focus on intellectual property and business torts.  He has extensive trial experience, especially jury trial experience, in both state and federal courts.  A jury verdict he received last year in a federal civil rights case was recently recognized by the National Law Journal as the 21st largest in the nation for 2017 and the second largest in California.

Peterson has written and lectured on trade secret law and laws applicable to claims of unfair competition/unfair business practices.  In a recent trade secrets case, he was credited with extending the reach of California’s trade secret law by establishing that protectable trade secrets include design concepts, not just specific embodiments of a particular design.  In Altavion, Inc. vs. Konica-Minolta, Peterson handled both the trial and the appellate proceedings that resulted in a cutting-edge published decision [226 Cal. App. 4th 26 (2014)] that has been praised by several commentators as having created new law by “extending trade secret protection to design concepts.”  An example is linked here: http://blogs.orrick.com/trade-secrets-watch/2014/05/19/its-the-real-deal-california-court-finds-trade-secret-protection-for-ideas/

Peterson formed Millstone Peterson & Watts LLP in 2005 after serving as a shareholder of McDonough Holland & Allen PC, where he served as head of the litigation department and on the Board of Directors. Prior to that, he was an associate at a nationally known firm based in Chicago. Before his successful career in law, he owned and operated a small ad agency in Los Angeles. He worked his way through UCLA as a graphic artist.  A copyright dispute involving his artwork sparked his interest in intellectual property and inspired him to become a trial attorney.

Peterson’s educational background includes a bachelor’s degree in psychology from UCLA (1983), and a law degree from Pepperdine University School of Law in Malibu (1986), where he distinguished himself as Editor-in-Chief of the Law Review.  He is a member of the California State Bar (1986) and admitted to practice before all state and federal courts in California. Peterson has led a number of classes and seminars and published several well-received articles. He has been honored with recognition as a Top Lawyer in Intellectual Property and Business Litigation by Sacramento Magazine and as a Super Lawyer in California Lawyer Magazine. Mr. Peterson is lifetime member of the Multi-Million Dollar Advocates Forum and a member of Top Trial Lawyers of America. In 2017, he was recognized among America’s Top 100 High Stakes Litigators.

Peterson supports non-profit causes such as Boys and Girls Clubs of America, local homeless shelters, and SPCA.   He is a private pilot, a restaurant/bar owner, and enjoys collecting and restoring vintage cars, motorcycles and aircraft.  He still paints occasionally, with watercolors as his preferred medium.

With almost seven decades of collective legal experience, the lawyers at Millstone, Peterson & Watts, LLP, provide tremendous knowledge, and negotiation and litigation experience to every matter we handle. Their professionalism has earned the respect of judges, attorneys and clients.

Our lawyers’ services have resulted in selections in Super Lawyers. Besides handling extremely difficult and high-profile lawsuits, they’ve also published a number of articles in prominent journals regarding specific areas of law. They keep themselves updated on all legal matters pertaining to the cases they handle.