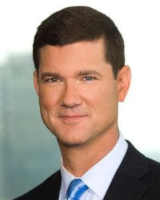 “I became a lawyer because I truly believe that the rights of injured people need to be protected from insurance companies and other businesses that have huge resources. Also, I really enjoy working with people and the challenge of the career.”

Hobbies & Interests
Mike is a motorcycle enthusiast who owns a 2002 Harley Road King. He has had an endorsement to ride motorcycles for more than 20 years. Mike enjoys gardening on the weekends and he is a big Buckeye fan, who graduated from The Ohio State University in 1987.

Geiser, Bowman & McLafferty, also known as, GBM Law, is a personal injury law firm specializing in helping victims who have been injured due to the negligence of others.

GBM Law has been “protecting Ohio” for more than 30 years and in that time assembled some of the finest attorneys and staff in the state. We deliver personal service that is unparalleled by other law firms. We are with you every step of the way. When you call GBM Law you will speak to a lawyer, not support staff.