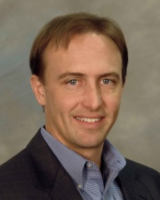 In 2015, Nathan Carter was selected by the National Association of Distinguished Counsel to be a member of the “Nation’s Top One Percent”. The NADC is an organization dedicated to promoting the highest standards of legal excellence. Members are vetted by a research team, a blue ribbon panel of attorneys, and a judicial review board. Only the top 1% of the lawyers in the United States are awarded membership.

He is an active member of the American Association for Justice (formerly ATLA) as well as the Association of Trial Lawyers of America, a national group of trial lawyers dedicated to representing individuals and families against big insurance companies, HMOs, hospitals, and other corporations. Mr. Carter has spoken at national AAJ seminars and been published in TRIAL magazine, the Journal of Trial Lawyers of America, the only peer-reviewed national publication for trial lawyers (“Who’s Really Running the Nursing Home?” November 2006, www.atlanet.org). He has had cases featured and been interviewed by the New York Times, the Washington Post, The Wall Street Journal, the Dallas-Ft. Worth Star Telegram, CNN, as well as several Florida media outlets.

American Association for Justice – Florida chapter | Colling Gilbert Wright & CarterMr. Carter also served several terms on the Board of Directors of the Florida Justice Association (formerly AFTL, the Academy of Florida Trial Lawyers). He was voted onto the FJA Board again in 2012. Mr. Carter also serves as the Chair of the FJA Nursing Home Task Force and the Florida Lawyers Action Group Candidate Recruitment Task Force. As part of his role with the FJA, Mr. Carter frequently visits Tallahassee to meet with and lobby state representatives and senators on behalf of consumers and victims of corporate negligence. In 2012, the FJA awarded Mr. Carter the “Shoe Leather Award” for outstanding efforts in lobbying legislators in Tallahassee on behalf of consumers and families.

He has also testified several times before the Florida Senate and House of Representatives on various issues. Mr. Carter has also been privileged to be invited to go to Washington D.C., where he met with and testified to various United States House and Senate committee members about nursing home reform issues.

Mr. Carter is also a member and past president of the Central Florida Trial Lawyers  and served on the Board of Directors . Mr. Carter is a member of the Orange County Bar Association, where he served as the chair of the Tort Law Committee.

In 2012, the president of the Florida Bar appointed Mr. Carter to a Special Committee to investigate lawyer referral services in Florida. He was also appointed to the Florida Bar’s Grievance Committee for the Ninth Circuit, and served as the Chairman of that Committee.

The Orlando personal injury law firm of Colling Gilbert Wright & Carter prides itself on our lawyers’ reputation for aggressive and effective representation, honesty, persistence, responsiveness, and competitive spirit. Our personal injury and worker’s compensation law firm is recognized by insurance companies, defense lawyers, and the legal community as one of the top plaintiff’s personal injury firms in the State of Florida.

All of our partners have received an “AV Rating”, the highest possible rating, from Martindale-Hubbell, the largest and most respected national independent legal ratings service in the country. Only 20% of the lawyers in the country ever obtain this highest rating.