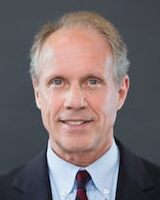 Bob Adelman has been trying jury cases since his graduation from The Cornell Law School in 1978. As a result of his record in the courtroom, he has been listed in The Best Lawyers in America®, recognized in Connecticut Magazine and New York Magazine, and inducted into the prestigious American College of Trial Lawyers. Bob served as the President of the Connecticut Trial Lawyers Association from 1992 to 1993.

“Our firm has the luxury of representing only the people whose cases we believe in. Once we have taken your case, we will spare no effort to bring it to a successful conclusion. We consider a referral from a former client or a lawyer seeking our special expertise the greatest compliment. If you know someone we can help, we welcome the opportunity.”

The attorneys of Adelman Hirsch & Connors LLP are established leaders in Connecticut’s legal community. Attorney Adelman has served as a President of the Connecticut Trial Lawyers Association, and all of the firm’s named partners serve on the organization’s Board of Governors. We are frequent authors and lecturers on emerging topics in Connecticut personal injury law. The respect we enjoy among our peers is reflected in the Martindale Hubbell ratings* each of our three named partners has received.