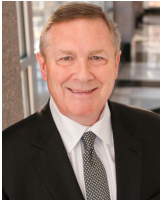 Winning matters to Bob Bennett. That is why he is a perennial “Super Lawyer” and was selected by Minnesota Lawyer as one of their “Attorneys of the Year” for 2007, 2008, 2013, 2014 and 2017. He has won multi-million dollar verdicts and settlements with regularity and over a span of four decades.

Bob is an active, successful trial lawyer who handles all types of civil matters, including cases involving civil rights law and police misconduct, auto and truck accident cases, product liability cases, and commercial disputes of all types, more often on behalf of the plaintiff.

We have tried and won a myriad of cases: from business and commercial cases to conflicts involving the giants of U.S. industry; from patent and federal trade cases to murder cases where lives hung in the balance; from personal injury cases to civil rights cases that changed the legal landscape. We are ready to be your lawyers, your “or else.”

We are among the most experienced, talented and decorated trial lawyers in the state of Minnesota. Each of our named partners is a fellow of The American College of Trial Lawyers, which is widely regarded as the preeminent professional organization for trial lawyers in North America.

Our practice areas are diverse, and with that diversity we bring experience and perspectives to the table that you will not find elsewhere. Whether you are a national corporation looking for representation on sophisticated matters across the country or an individual with a dire problem right here at home in Minnesota, we have a lawyer that is ready to provide you with unparalleled counseling and advocacy. The lawyers at our firm do many different things, and we excel at all of them.