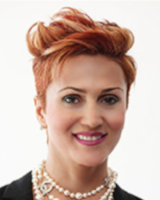 Sunny Soltani is a senior partner and a founding member of the firm. Sunny serves as the first female City Attorney to the City of Carson and is General Counsel to Carson Successor Agency, Carson Housing Authority, and the Carson Reclamation Authority. Her litigation victories include eight significant published opinions, arguing before the California Supreme Court, appearing in the United States Supreme Court, dismissal of two lawsuits saving a city client $110 million, a jury trial involving right to take challenges and 21 consolidated cases on the cleanup of a former oil field (saving that client $18 million), and most recently a victory preserving rent control for low-income residents in California. She serves her clients in an advisory role on all public law matters. Sunny also assists her clients in legislative solutions.

Sunny was the lead in negotiating and putting together a deal to bring the NFL back to Los Angeles – involving a complex $1.8 billion transaction. She was the Assistant City Attorney in Bell when two partners in her firm won the California Lawyer “Attorneys of the Year” award in Municipal Law in 2015 for helping Bell return to responsible government and solvency after the malfeasance of eight city officials. Within three years her team returned Bell to a sound fiscal basis by eliminating $78 million in claims against the City and recovering over $10 million in damages.

Sunny has been invited and has served as a speaker on several occasions for Lorman Education on “Litigation Skills for the Legal Profession.” She has also been a speaker at the annual California Bar Association Conference on “conflict of interest” issues.

She has served as special counsel on land use issues, including subdivisions and regulatory takings cases, to the Cities of Chino, Palm Desert and Palm Springs. Sunny assists her clients with general plans and codes, zoning, public parks, subdivisions and complex real property acquisitions and conveyances. She regularly assists her municipal clients with the Political Reform Act (conflicts of interest), Brown Act (public meeting laws), Public Records Act and elections laws. Sunny has successfully negotiated various Remedial Action Plans with DTSC and the Regional Water Board. She has also successfully represented her clients in various CEQA challenges to development plans and/or general plan amendments.

In 2013, she took the lead in assisting Carson in restoring important regulatory powers back to cities by the passage of SB 510 signed in to law by governor Brown. SB 510 was enacted after a decade of court battles up and down the state involving more than 25 municipalities and a veritable host of mobilehome park owners. Many of the lawsuits filed against local governments have cost public agencies hundreds of thousands of dollars in legal fees and have exposed them to millions of dollars of regulatory taking damages lawsuits. This new law ended all those unwarranted legal exposures.

Aleshire & Wynder, LLP provides unparalleled legal representation to local communities throughout California. Our attorneys have been loyally serving public agencies for over 35 years. As a full service law firm, we handle all aspects of our clients’ needs and provide innovative, ethical and cost-effective solutions.